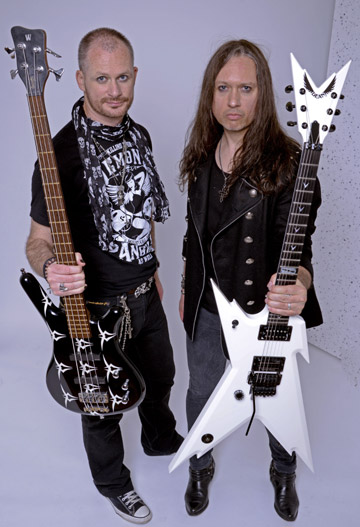 Formed in 2006, EDEN’S CURSE have risen from their humble beginnings as an internet studio project to a full blown touring outfit with four studio albums and several tours behind them. During their seven years together they have managed to win over audiences wherever they have played whilst collecting praise from esteemed peers such as legendary Iron Maiden vocalist Bruce Dickinson and several members of Prog Metal legends Dream Theater, which ultimately led to the band opening for them on a recent UK tour. ”

Symphony Of Sin” carries on where their last album “Trinity” left off with the band delivering arguably their most consistent collection of melodic-yet-thunderous songs to date. Opener and title track “Symphony Of Sin“, clocking in at just under the 8 minute mark, features the epic sonic wall of a 46 piece orchestra, soaring vocals from Mijic and topped off with razor sharp riffing from Koehne. Debut single, “Evil & Divine”, which the band will release a promo video for, is a sumptuous moody-yet-melodic pot boiler and has “Future EDEN’S CURSE live classic” stamped all over it, whilst the heartfelt “Unbreakable” sees the band step into the uncharted waters of Pop Metal. It has hooks galore, a radio friendly chorus, yet somehow effortlessly manages to retain the powerful sound that we have come to expect from the EDEN’S CURSE identity.

Once again, production duties will be handled by the groups long term mixing engineer – bassist of Pink Cream 69 and Unisonic –

Dennis Ward with artwork under the tutelage of another long term collaborator, graphic designer Thomas Ewerhard, whose previous work is synonymous with artists such as Edguy, Avantasia, Jorn Lande, James LaBrie, Masterplan, Asia and many more.

Symphony Of Sin” is a triumphant return for a band that has endured a difficult past couple of years but come out the other side truly in a better position. In Mijic, who also sung with Serbian band Alogia and Hungarian Progsters Dreyelands, the band have unearthed a gem. His vocals on the album are an absolute highlight and rightly place him comfortably amongst the cream of the crop within the genre yet inject new blood into an already established sound and identity. Is it different? Yes! Is it EDEN’S CURSE? Yes! Is it good? You bet it is! With the group now entirely European based and scheduled to appear at Firefest X in England in October, 2013 is expected to see EDEN’S CURSE push to further establish themselves as a fully fledged live act and continue their upward rise, cementing their place amongst the upper echelon of todays current Melodic Metal acts. It might after all just be “The year of The Curse”. 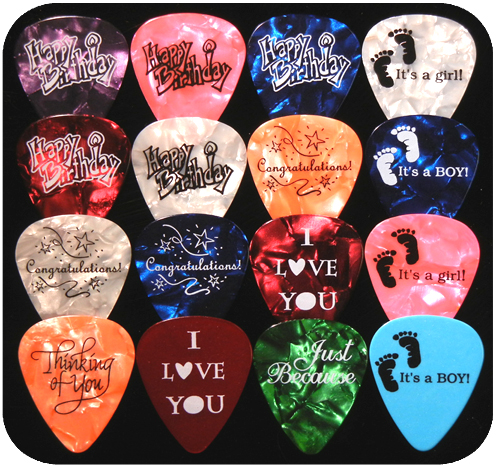 We are now offering Pre-Printed guitar picks for that special occasion. All picks are in medium gauge and are available in 12 packs. See our Non-Custom Products page for details. 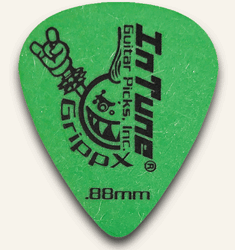